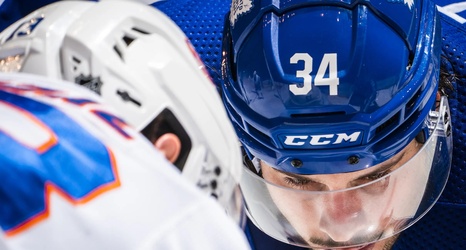 The Islanders have a new arena this year and broke it in with a 5-2 loss at the hands of the Calgary Flames on Saturday. They reportedly* had a pyjama party last night before playing the Leafs tonight.

Going to jinx the Leafs right here by saying I think the Islanders don’t get their first win in their new arena against the Leafs. Matt Martin and recently called up Richard Panik won’t score either!