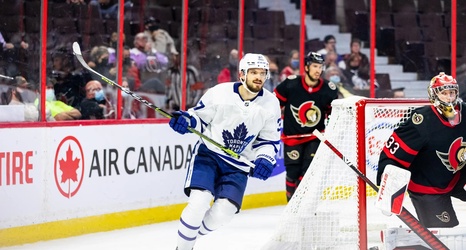 The Maple Leafs are set to play the second game of their season on the second night of a back-to-back. The team travelled overnight after beating the Montreal Canadiens in the home-opener 2-1. Now, in Ottawa, they are hoping to play spoiler to their home opener. Slight aside, I would kill to see some opponents other than the two Canadian teams within a six hour drive.

The big story before yesterday’s game was the status of Mitch Marner. Luckily, he played and looked fine from a health standpoint.