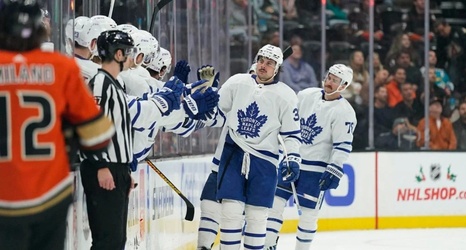 That was Ray Ferraro’s first thought after the final buzzer, and I can’t help but agree. Toronto has won 14 of 16 after last night’s 5-1 victory over Anaheim.

Wins are obviously nice, but personally, I try not to focus too much on which team scored more goals, instead putting most of my efforts into the predictive elements of play (i.e. which team is controlling play at 5v5?). Hockey can be quite the random sport, which is why it’s important to know if a team is following the right “process” en route to victories instead of relying on unsustainable swings in puck luck.