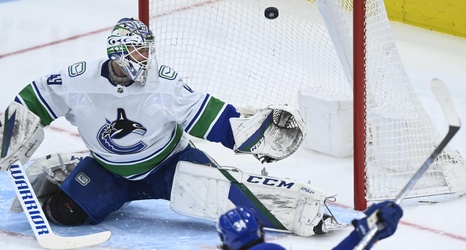 After locking up first place in the division, the Leafs have started to rest some of their key players. Healthy scratches included Morgan Rielly, Jake Muzzin, Nick Foligno, and Jack Campbell. Despite those changes to the lineup, Toronto still managed to run over Vancouver at 5v5, eventually winning the game 4-1.

This last stretch of the season can be a tough one to watch sometimes, but the strong play from some of Toronto’s younger players actually got me more excited tonight than your typical Thursday night Leafs game. Maybe it’s because I’m an obsessed hockey nerd who loves evaluating the new shiny toy, but I think that describes a lot of us.