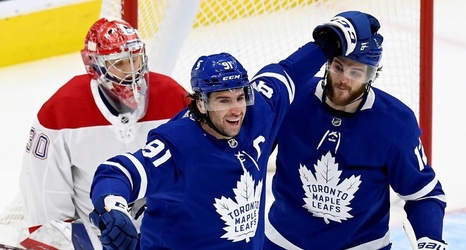 I’m a big fan of using “scoring chances” to measure how well a team played. These refer to shots from the slot, which is the area on the ice from the posts out to the dots and then up to the top of the circle, making a “home plate” shape that I’m sure you’ve seen on the broadcast before.

Auston Matthews had eight scoring chances tonight, William Nylander had six, Ilya Mikheyev had five, and even Pierre Engvall had four. When you’re generating that much offensively, you’re not going to lose many hockey games. Unsurprisingly, the Leafs defeated the Canadiens in this one by a final score of 5-2.