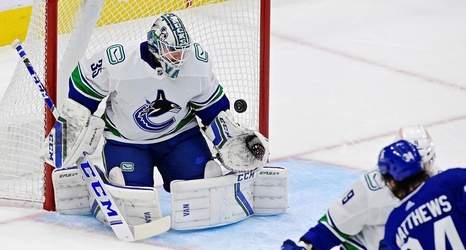 As much as I love spending my Saturday nights watching the Vancouver Canucks, I’m sure most of us are looking forward to a more competitive matchup in some meaningful games. The Toronto Maple Leafs managed to win their game tonight, eventually kicking things into gear in the third period.

The final score was 5-1, although that includes an empty netter from Joe Thornton. The biggest takeaway for me tonight was that the big guns showed up for Toronto, and when that happens, they’re a tough team to outscore.

Unsurprisingly, those big guns received the highest grades tonight in the report cards.