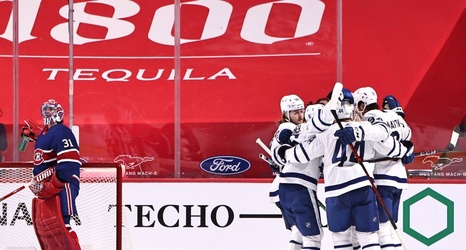 Life is good in Leafs Nation.

The team is now ramping up for the playoffs, so we will do the same in this space with an extended notes edition of the Leafs Notebook.

– Last Wednesday, it was nice to see the Leafs come out with a purpose and build an early lead against a clearly diminished and tired Habs team. This is a criticism we’ve had of them in the past: going through the motions against an inferior opponent and needing a big third period to save them from a situation they should never have been in.