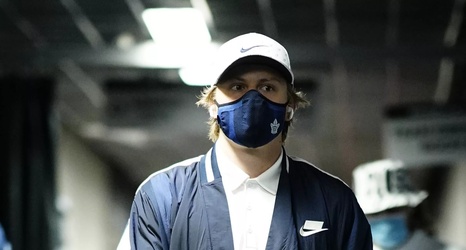 1,883 days sounds like a lot, and I suppose it is, especially in hockey terms. There are players whose entire NHL careers fit into a much smaller number of days than that. Kasperi Kapanen’s time with the Maple Leafs certainly felt long, but it is also the marker of a different calendar. Where you divide lines between roster eras is subjective—I’ll leave it to you in the comments—but really big news makes for a good starting point and Kapanen arrived in the Leafs system simultaneous to some very big news on July 1, 2015.