John Tavares to miss at least two weeks with a broken finger: What now? 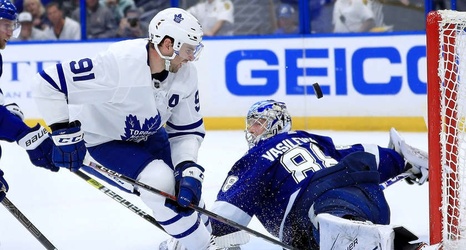 He will be out of the lineup for a minimum of two weeks, at which point he will be reassessed by the team's medical staff.

John Tavares took a Morgan Rielly point shot off the right hand the shift before he scored late in last night's game at Washington. As it turns out, that goal was scored with a broken finger.

The first true test of the team’s center depth comes at an inopportune time for the Leafs, with a tough schedule (including BOS x2, WSH, SJ) and two more back-to-backs coming up in the next two weeks.