Jason Spezza to return for a third season, signs one-year league-minimum contract with the Maple Leafs 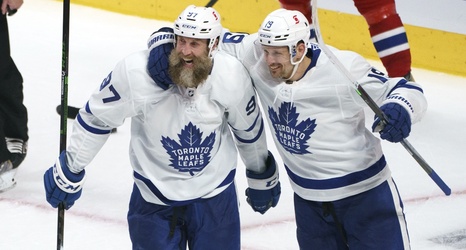 Kyle Dubas indicated that there was a desire to bring back Spezza in his year-end press conference pending a sign-off conversation with head coach Sheldon Keefe, who likely didn’t have to give this one much thought.

Spezza has been a rarity for his age (now 38) in that he seemed to actually get better in his second year with the Leafs. He finished seventh in team scoring with 30 points in 54 games, including 10 goals — a 15-goal, 46-point pace over 82 games — while playing just 11:02 per game, including a secondary role on the power play.