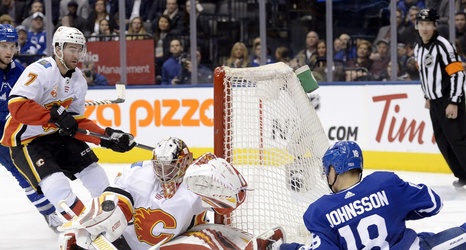 Your game in ten:

1. The first period was quite boring, especially by the Leafs standards. Per Natural Stat Trick, there were just three high-danger scoring chances in the first 20 minutes, and the Flames held a 2-1 edge. Both teams only spent about 80 seconds on the powerplay, with neither coming close to scoring. It wasn’t “first period against the Islanders” boring, but it was a big change from what we’re used to seeing.

2. While the second period was far more entertaining, David Rittich was on his “A” game.