FTB: Traverse City is stop one on the road to the Leafs season 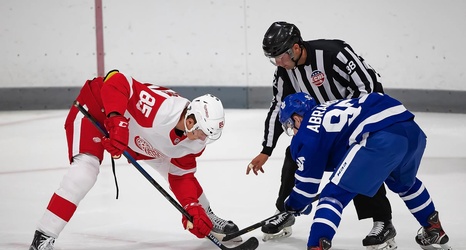 The annual prospects tournament in Traverse City, Michigan starts on Thursday this week. It’s the first stop on the road to the 2022-23 NHL season, which has the first regular season game scheduled about one month away; technically it’s October 7th when the Sharks face the Predators in Prague as part of this year’s NHL Global Series. The Maple Leafs first game is Wednesday October 12, two days after Thanksgiving.

In the meantime, there’s the pre-season or ”Exhibition Games” as they are officially referred by the league, but before even those, the prospects of the Maple Leafs will head out to play a mini-tournament against the prospects of the Columbus Blue Jackets, Detroit Red Wings, St.