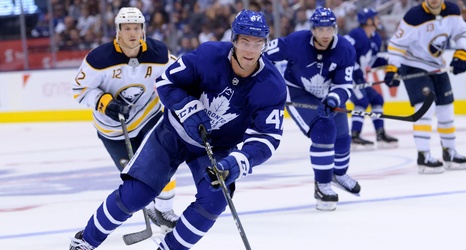 On the second night of a home-and-home with the Buffalo Sabres, the Leafs came out with a lot of fight, but ultimately, Rasmus Ristolainen took it too far and what was a promising game that showed the Leafs depth and versatility, turned into a 5-3 loss and a sour taste in everyone’s mouths.

Michal Neuvirth started in his first game for the Maple Leafs and played very well, stopping 20-22 in the first two periods. John Tavares, Pierre Engvall, and Trevor Moore each scored for the Leafs as well, keeping the score tight the whole way through.