These Are The 15 Most Valuable American Sports Franchises In 2017 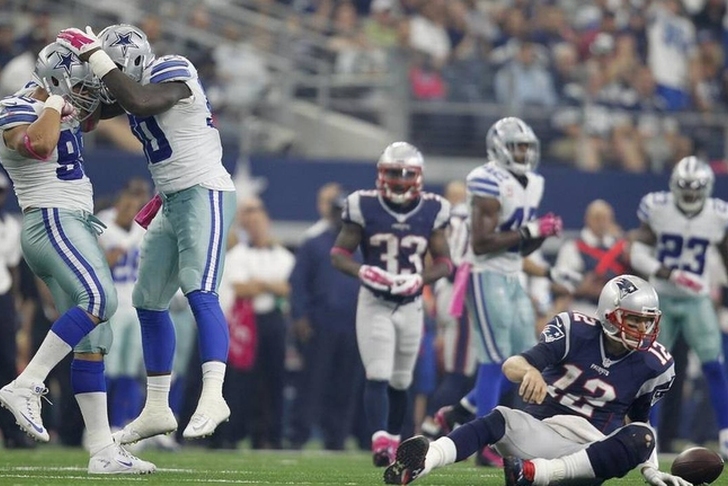 American sport franchises are ridiculously valuable and expensive. Between the ticket sales, the TV deals, all that merchandise and the name recognition, it's not a surprise that teams are worth so much. Forbes put together the 50 most valuable sports franchises, and we've narrowed it down to the top 15 American sports teams.

Several non-American teams cracked the Top 15 overall as well. Manchester United ($3.69 billion) is third, Barcelona is fourth ($3.64 billion), Real Madrid is fifth ($58 billion), Barcelona third ($3.55 billion), Manchester United ($3.32 billion) fifth and Bayern Munich 15th ($2.71 billion). No NHL teams made the list, as hockey continues to lag behind baseball, football and basketball in America. The NFL is by far the king in American sports, with seven of the top 15. The Texans, Bulls and Eagles made this list last year, but gave way to the Rams, Cubs and the SF Giants. With that in mind, here are the 15 most valuable American sports franchises.

15. San Francisco Giants - $2.65 billion
This is the first of two Bay Area teams, and the Golden State Warriors aren't one of them. The Giants jumped into the top 15 thanks to a 17 percent increase in value.

14. Chicago Cubs - $2.68 billion
This is what winning a World Series can do. The Cubs didn't make the top 15 last year, but after winning a title, their value jumped by 22 percent. That's the second-highest of any team on this list. They are no longer the lovable losers.

T-12. Boston Red Sox - $2.7 billion
Boston barely cracked the top 15 last year, but they rose in this year's ranks. With a 17 percent bump, the Red Sox are the third most valuable baseball team.

T-12. Chicago Bears - $2.7 billion
Here's the second of two Chicago teams. It's no surprise the NFL one comes out ahead, since football is still king in America. A 10 percent jump kept the Bears in a tie for 12th.

T-10. Los Angeles Dodgers - $2.75 billion
Baseball teams dominate the 10-15 spots. The Dodgers rose by 10 percent, keeping them in the same spot they held last year. Strangely enough, they're the only team with an operating income in the red. This is one of three Los Angeles teams to make the list.

T-10. New York Jets - $2.75 billion
This is one of two New York football franchises. The Jets actually dropped into a tie for 10th, thanks to an NFL team that skyrocketed in value. The Jets are one of four New York teams to crack the top 15.

9. Los Angeles Rams - $2.9 billion
This is why the NFL wanted a franchise (or two) in Los Angeles. The Rams DOUBLED in value this year and are now among the Top 10 teams. With a stadium that's still not finished, the Rams could keep rising up the rankings.

8. Washington Redskins - $2.95 billion
Only a four percent rise in value resulted in the Redskins falling from fifth to eighth. They still crack the top 10, but the minimal rise in value (relative to the rest of the NFL), holds them back.

T-6. Los Angeles Lakers - $3 billion
This is one of just two basketball franchises in the top 15 and it's the two you'd expect. The Lakers were tied for seventh last year, but an 11 percent jump in value pushed them up a big higher. If Los Angeles can actually start winning again, maybe they can get into the top five.

T-6. San Francisco 49ers - $3 billion
Despite being the midst of a long-term rebuild and the 49ers fans not always happy with ownership, the Niners jumped in value this year. They rose by 11 percent, vaulting from tied for seventh to a tie for sixth. The jump wasn't as massive as last year's, as the completion of Levi's Stadium boosted the value, but the Niners remain headed in the right direction.  More: 2016’s Super Bowl App of the Week

5. New York Giants - $3.1 billion
As is the case with many of these teams, market matters. The Giants remain a really good football team, but playing in New York is why they're fifth on this list. They were actually behind the Redskins on this list last year, but jumped by 11 percent in value and pushed past their NFC East rival.

4. New York Knicks - $3.3 billion
New York is dealing with dysfunction with its actually team, but they're still insanely valuable. The Knicks jumped by 10 percent this year, keeping them in the fourth spot. They're the most valuable NBA franchise.

3. New England Patriots - $3.4 billion
The Pats jump in value wasn't as steep as it was last year (when NFL teams saw upwards of 20 percent growth in value). But, another Super Bowl title doesn't hurt the Patriots. Despite being worth $3.4 billion, they're still nearly a full billion behind the top NFL team.

2. New York Yankees - $3.7 billion
The Yankees were fourth last year, but are now second. A nine percent jump in value pushed the Yankees to No. 2 overall, as the soccer teams previously ahead of them didn't see a similar jump. It's not a surprise that the Yankees are the top baseball team.

1. Dallas Cowboys - $4.2 billion
The Cowboys jumped by 5 percent this year and remain the only team worth at least $4 billion. There's still no Super Bowl title in the past 20 years for Dallas, but they remain sports most valuable franchise.

Download the Chat Sports App for all your sports needs!