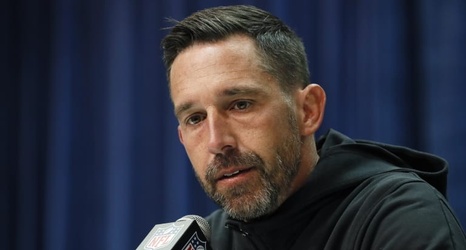 We know that the San Francisco 49ers are going to take a quarterback with the No. 3 overall pick in this year's draft. At least, that's the assumption because there's no way they would trade a plethora of picks to acquire the selection if it weren't to select a signal-caller, right?

NFL Media analyst Rich Eisen is so confident that the pick will be a quarterback that he will eat a dirty sweatshirt if it's anything but.

"So let's take that sweatshirt," hesaid on theRich Eisen Show. "If the 49ers on draft night choose a player other than a quarterback, I want you to send that piece of clothing to me.