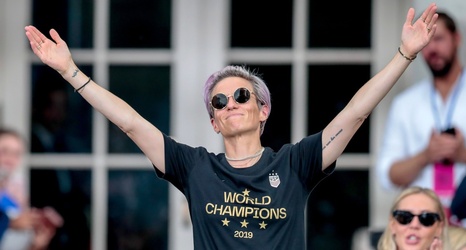 Rapinoe tops the list with a 93 rating in the latest version of FIFA to finish just ahead of Australia's Samantha Kerr (92) and France's Wendie Renard (92).

Rapinoe is joined by three of her USWNT teammates in the top 15, including Tobin Heath (90), Alex Morgan (90) and Julie Ertz at 88.

The four teammates won the 2019 Women's World Cup together after defeating Netherlands in the final.