A Look Ahead To Super Bowl LIV 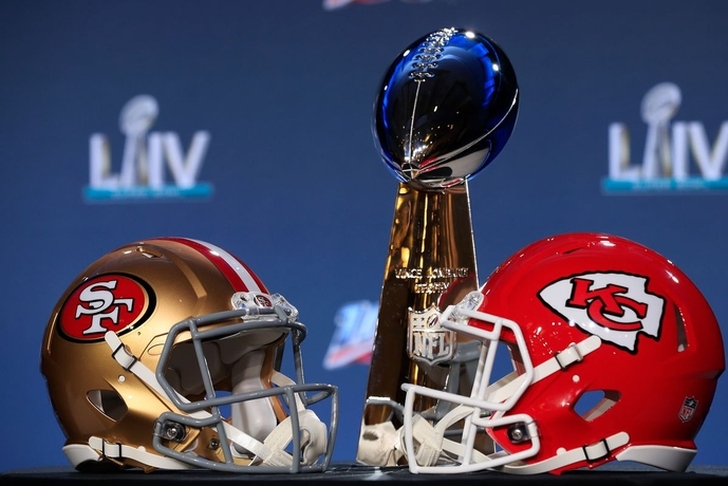 The Kansas City Chiefs will meet the San Francisco 49ers at Hard Rock Stadium in Miami Gardens, Florida on Sunday for Super Bowl 54.

These two teams have completely different stories in how they made it to this year’s grand show, but the excitement between the matchup could see this Super Bowl have the biggest television audience of all-time.

It was fitting that the Kansas City Chiefs are in the Super Bowl on the 100th NFL season, having also been in the 1st one, back in 1967. They were hammered 35-10 by the Green Bay Packers that day.

The Green Bay Packers had a shot at participating in Miami this weekend too, but came up short in the NFC Championship, losing 37-20 to the 49ers at Levi’s Stadium in California.

It was Andy Reid’s Chiefs had the shortest NFL Super Bowl odds pre-season. They will have the opportunity to live up to bookmakers’ expectations from September by lifting the big one for the first time since Super Bowl IV – 50 years ago.

The Chiefs didn’t do it the easy way though. They snuck into the second seed spot on the final day of the season thanks to some unexpected help from the Miami Dolphins shocking the New England Patriots in Foxboro.

In the Divisional Round, the Chiefs had to come from a 0-24 start early in the second quarter against the Houston Texans, before hitting back with 51 of the final 58 points in the game to beat Bill O’Brien’s side 51-31 in one of the greatest comebacks in playoff history.

Patrick Mahomes led his side to six consecutive touchdown scoring drives in that game – an NFL record.

In the AFC Championship the following week, the Tennessee Titans ran out to a 17-7 lead at Arrowhead Stadium. However, the Chiefs turned that game around on both sides of the ball too – winning 35-24 in the end.

If there was one team who have a shot at beating the Chiefs in the Super Bowl, the San Francisco 49ers may very well beat that team. 12 months ago, they finished 4-12 and took Nick Bosa with the second overall draft pick last April. This season, they finished the regular season as the NFC’s number one seed at 13-3.

Perhaps mort importantly than both of those stats, they have the league’s number one defense. From a great pass rush and secondary, perhaps defensive coordinator Robert Saleh can pull off one more masterful gameplan to halt Mahomes and his offense.

The 49ers’ gameplan in general may be the key to this matchup. Not only will they be looking to slow down Patrick Mahomes on the field, but also keep him on the side-lines as long as they can.

That’s because Kyle Shanahan’s side love to run the ball. They finished the regular season number one in this category too – their 235 yards per game was 50 more than the Baltimore Ravens in second place. Oh, and prior to the AFC Championship, the Kansas City Chiefs haven’t been the best at slowing down the opposition’s running game this season.

Quarterback Jimmy Garoppolo is also capable of leading the 49ers down the field and putting points on the board. They had a 27-0 half-time lead over the Green Bay Packers in the NFC Championship.

Bookmakers are struggling to call this one as there’s very little in the odds, with the line set as -1.5 favorites and Kansas City Chiefs starting as narrow favorites.