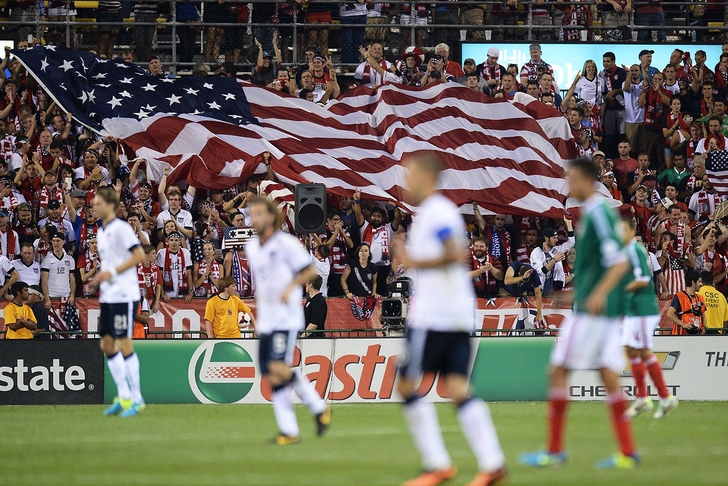 Once every four years, pretty much every country in the world except for the United States goes nuts about the World Cup. That's starting to change, though - with each World Cup cycle, more and more Americans are tuning in, and in 2010 ratings were up 41% over 2006.

With more TV and media coverage than ever, the 2014 World Cup will no doubt be an even bigger deal, and we're here to make sure you have all the information you need about the world's most-watched sporting event.

This guide is meant for those of you who aren't playing FIFA video games constantly or waking up at 7 AM to watch English Premier League matches - if you're a die-hard looking for in-depth World Cup coverage, you'll want to check out our main soccer page instead. We'll start off with a survival guide that answers any questions you might have, then work our way into a viewing guide. If there's anything you want to know about that you can't find here, make sure to let us know on Twitter at @ChatSports or @ChatSoccer and we'll set you straight.

How Long Does a Soccer Game Last?

How Many Players Are on the Field During a Soccer Game?

Does Every Country Have a Soccer Team?

Who is the Best Soccer Player Ever?

A Brief, Painless History of the World Cup

When Was the First World Cup?

What Is the World Cup Format?

How Long Does the World Cup Last?

How is the World Cup Location Decided?

Has the US Always Played in the World Cup?

Has the United States Ever Won the World Cup?

Which Country Has Won the Most World Cups?

How Players & Teams Are Selected

How Do Teams Qualify For the World Cup?

How Are Players Selected for the World Cup?

Team USA will play three games in the group stage, and their success in those will determine whether or not they move on to the elimination round. Their opponents - Ghana, Portugal and Germany - will be a difficult test, and since only two teams from each group advance, progression to the next round is far from a guarantee.