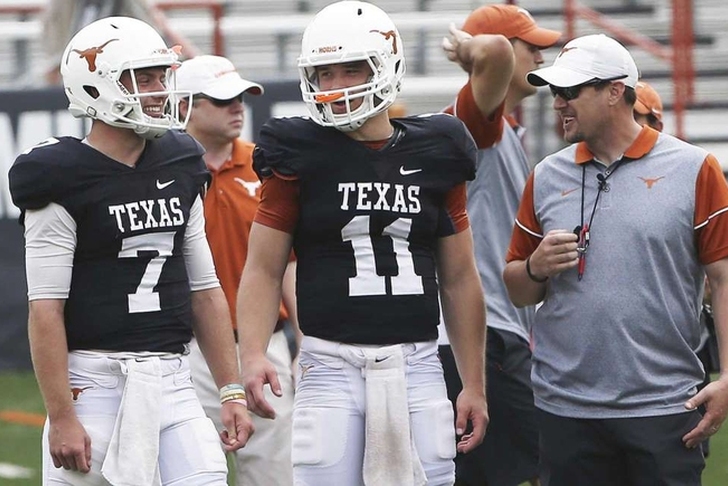 The Texas Longhorns have their toughest test of the season on Saturday when they hit the road to face the #4 USC Trojans, but they don't know who their starting quarterback will be.

Regular starter Shane Buechele missed Texas' win over San Jose State with a shoulder injury he suffered in the Longhorns season-opening loss to Maryland, and he may not be ready to play against the Trojans.

“He’s got to prove that he’s also competent in practice,” Herman said Monday. “He’s got to have a really good practice to make sure that he stays with the (first team).”

Ehlinger was inconsistent in the win over San Jose State - his first career start - but drew praise from starting running back Chris Warren III.

“Sam’s a baller," Warren said. "He’ll come out and play regardless. I don’t think he’s the one to get nervous about this kind of stuff.”

Ehlinger passed for 222 yards and a touchdown while rushing for 48 more yards against the Spartans. The true freshman was ranked as the No. 4 dual-threat quarterback and No. 119 overall prospect in the 2017 recruiting class, according to 247sports Composite Rankings.

Buechele played the entire game against Maryland, completing 34/52 passes for 375 yards, two touchdowns, and one interception while rushing for 21 yards and another score.