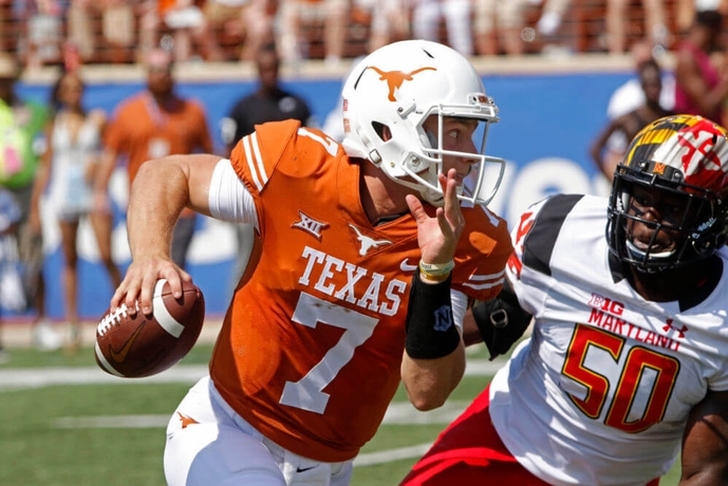 True freshman Sam Ehlinger will start in place of Buechele, who suffered a bruised throwing shoulder in Texas' season-opening loss to Maryland.

True freshman Sam Ehlinger has been named the starting QB for today’s game vs San José State. Shane Buechele has been ruled out.

Jerrod Heard, who started a number of games at quarterback for Texas in 2015 but has since converted to wide receiver, will be Ehlinger's backup.

Buechele played the entire game against the Terps, completing 34/52 passes for 375 yards, two touchdowns and one interception while rushing for 21 yards and another score.

Ehlinger was ranked as the No. 4 dual-threat quarterback and No. 119 overall prospect in the 2017 recruiting class, according to 247sports Composite Rankings.