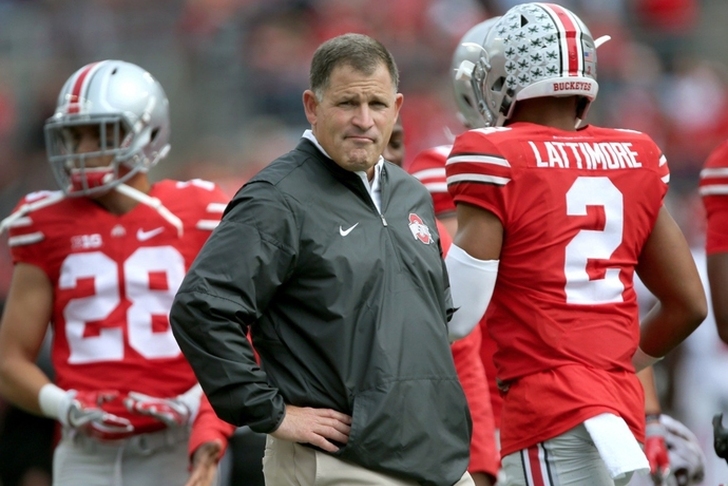 The Tennessee Volunteers were reportedly ready to hire Greg Schiano, Ohio State's defensive coordinator, as their new head coach, but the deal is now off due to huge negative backlash from the Tennessee fan base, according to VolQuest.com.

Schiano appeared set to replace Butch Jones, as multiple outlets, including VolQuest.com, reported negotiations were taking place Sunday. Tennessee's first-year athletics director John Currie flew up to Columbus, Ohio in hopes of bringing Schiano, 51, back to Knoxville for an announcement this evening.

Most of the protests centered around Schiano's role in the Jerry Sandusky scandal during his tenure as an assistant at Penn State, as court documents showed that he was aware of incidents of child abuse and didn't report them.

Tennessee fans even took to painting The Rock on campus to express their displeasure with Schiano.

Goodness, check out The Rock on Tennessee’s campus pic.twitter.com/R9EwVGVGkh

Currie is expected to address the media in the coming days regarding the matter and Tennessee's coaching search. It's unclear who the Vols will turn to next.

The Vols reportedly offered ESPN analyst Jon Gruden $10 million per year to leave the booth and return to coaching, which he seems to have rejected. Tennessee also had interest in Mississippi State's Dan Mullen, but he was hired by Florida earlier today.

Schiano has spent the past two seasons with the Buckeyes after failing with the Tampa Bay Buccaneers as a head coach, going 11-21 in two seasons before being fired in 2013. However, he did wonders for a Rutgers program that has fallen apart without him, going 68-67 in 11 seasons.

He won at least eight games in five of his last six years with the Scarlet Knights.