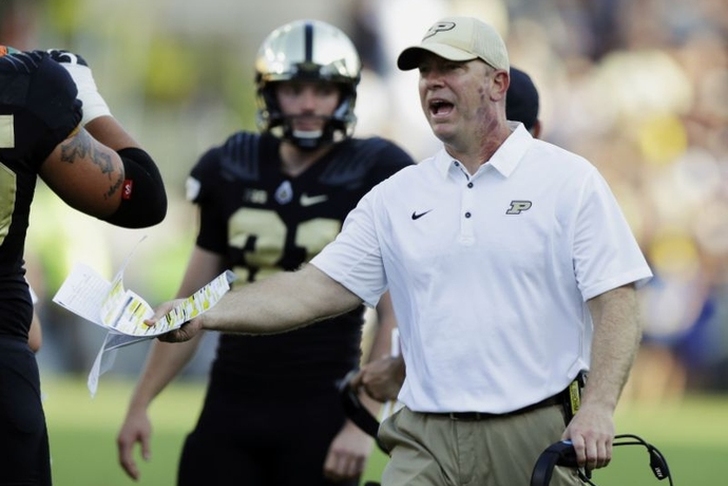 The Tennessee Volunteers are still looking for a head coach to replace the fired Butch Jones after going through the hiring - then un-hiring - fiasco with Ohio State defensive coordinator Greg Schiano, and have turned their attention to another trio of possible candidates. Here are all the latest news & rumors on Tennessee's coaching search:

Mike Gundy spurns Tennessee, to stay at Oklahoma State
Tennessee had identified Oklahoma State head coach Mike Gundy as their top target after backing out of the Schiano hire and were ready to offer him a six-year deal that would have made him one of the highest-paid coaches in the SEC, according to former ESPN analyst Brett McMurphy.

Mike Gundy has decided to remain at Oklahoma State and turned down an offer to become Tennessee's coach, sources said.

Oklahoma State can win 10 games for the fourth time in five seasons this year with a bowl victory.

Vols "closing in" on Purdue's Jeff Brohm
After being turned down by Gundy, Tennessee has reportedly turned their attention to Purdue head coach Jeff Brohm, according to Jimmy Hyams of Sports Radio WNML.

Brohm did wonders at Western Kentucky, leading them to back to back double-digit win seasons and bowl games before going to Purdue, where he has guided the Boilermakers to a bowl game for the first time since 2012.

Tee Martin has "legit shot" at Tennessee job
Many Tennessee fans have been calling for the school to hire former Vols quarterback and current USC offensive coordinator Tee Martin, and Sports Illustrated's Bruce Feldman reports that he has a "legit shot" at the job.

Another option for Tennessee is USC offensive coordinator Tee Martin, who we’ve been told is in play for this job and has a legit shot at it. Martin has coached in the SEC as an assistant at Kentucky. He’s a former Tennessee star who quarterbacked the Vols to a national title two decades ago and is regarded as a very good recruiter.

Along with his role at USC, Martin is also the quarterbacks coach for Nike's Elite 11 QB camps, which has given him up close and personal looks at many high profile QB recruits. He is in line for a head coaching job at some point, so coming home to Tennessee may be a perfect fit.