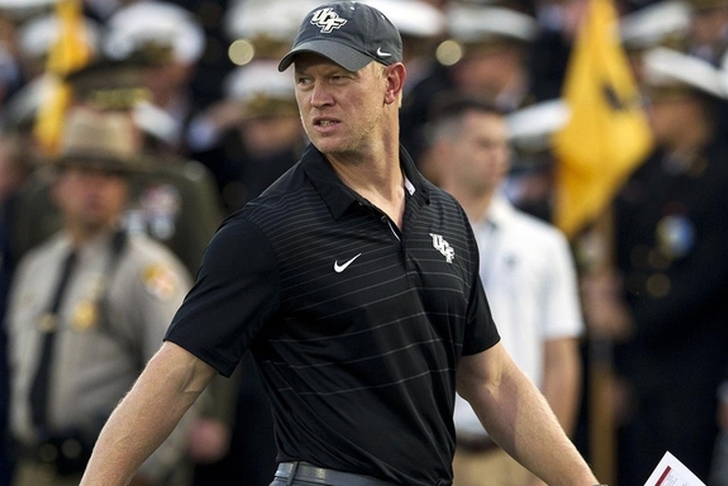 The Tennessee Volunteers officially fired Butch Jones earlier this season and have begun their coaching search over the past two weeks. Jon Gruden seems to have emerged as the favorite for the job, but there are still a number of other coaches the Vols have shown interest in. With the season coming to a close this weekend, here are all the latest news & rumors you need to know:

Dan Mullen to stay at Mississippi State
Mississippi State head coach Dan Mullen has been linked to both the Tennessee job and the Florida job but reiterated on Thursday that he has no plans to leave Starkville.

"As I said, I'm very, very happy here," Mullen said after Mississippi State's Egg Bowl loss to Ole Miss. "I'm happy with what we've built, I have a great president (Mark Keenum) and great administration. You look at our fanbase and the program we've built, I think it's pretty special. I'm fortunate to be the head coach and (athletic director) John (Cohen) and Dr. Keenum have both told me they want me to continue to be the head coach here—before the game they did, we'll see what they say right now."

Mullen is 69–46 in nine seasons with the Bulldogs, including an 8-4 mark this season.

Tennessee pursing Scott Frost?
UCF head coach Scott Frost has been one of the hottest names on the coaching market and has been heavily linked to both Florida and Nebraska, but Football Scoop’s Scott Roussel reports that he may end up with the Vols.

Most coaches we’ve spoken with believe Frost is a better candidate at both Florida & Nebraska; but we heard from a coach yesterday “Frosty could wind up in on Tennessee.” Separately one coach told us last week UCF AD Danny White is telling people in the profession he does not expect Frost to leave UCF. It’s one thing to say that publicly; but to say it to industry insiders is interesting.

The former Nebraska quarterback has been most linked to the Huskers head job once they fire Mike Riley at the end of the season, and they've reportedly already offered him a seven-year, $35 million deal - which Tennessee would likely have to match.

Frost is in his second season with the Knights, posting a 15-7 record in his tenure, including a 10-0 mark and #13 ranking in the AP poll.

"Some in the profession reached out to us today to say don’t discount Schiano’s chances," Football Scoop reports. "Some we’ve spoken with today said [AD John] Currie believes if some other things don’t fall into place that Schiano could be the guy."

Schiano failed with the Tampa Bay Buccaneers but did wonders for a Rutgers program that fell apart without him. If the Vols miss out on their top targets, Schiano wouldn't be a bad fall-back option.