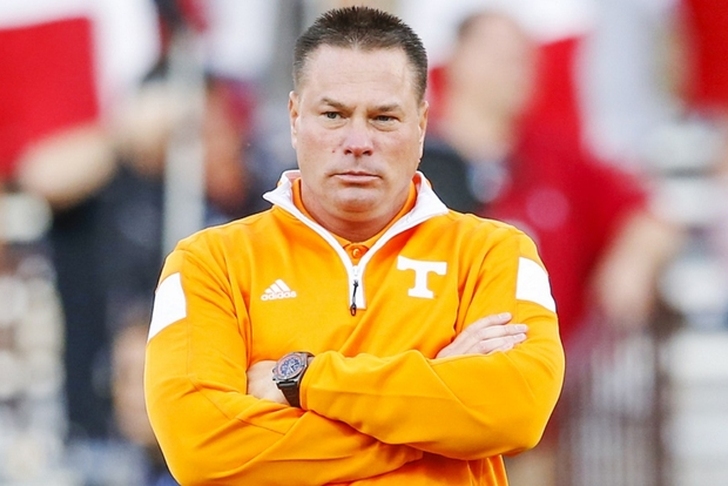 Tennessee Volunteers officially fired Butch Jones with two games left in the regular season, and the search for his replacement has been anything but smooth. The Vols reportedly offered Gruden $10 million per year to leave the booth and return to coaching, which he denied. Then, they turned to Ohio State defensive coordinator Greg Schiano, but reports of his hiring created such a backlash that the school ultimately backed out of the deal. Then, they were turned down by David Cutcliffe, Mike Gundy, Jeff Brohm, and Dave Doeren, which caused athletics director John Currie to try and hire Washington State's Mike Leach. University officials wouldn't allow him to hire Leach, which ultimately resulted in his firing on Friday.

Philip Fulmer, the former Vols head coach, has now taken over as the athletic director, a move that might have been the result of some undermining. With Fulmer as AD, the Tennessee coaching search has undergone a reboot. As a result, the coaching hot board needs some changing.

So who does Tennessee turn to now? Here are the six most likely candidates: 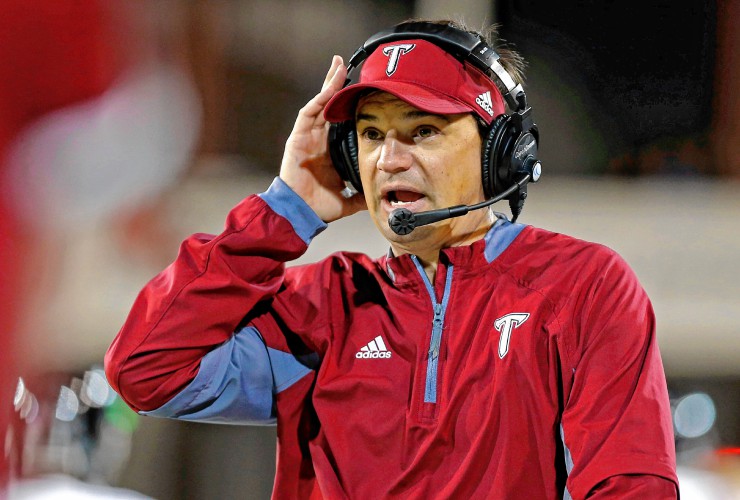 A relatively unheard of coach in the past has been put into the national spotlight this year due to Troy's recent winning ways as well as their victory over LSU earlier this season. Brown originally became notorious for his NASCAR offense that he perfected at Texas Tech. He has been looked at for head coaching gigs a few times including at his alma mater, UMass, back in 2011 and Texas Tech in 2012 before Kliff Kingsbury got hired.

Kiffin rehabbed his image enough while serving as the offensive coordinator at Alabama to get a head coaching chance. He was a candidate for several Power 5 head jobs last year before going to Florida Atlantic, where he has experienced unprecedented success. FAU is currently 9-3, the second-best record in the school history, and could win the school's first conference championship this weekend. Tennessee fans seem to have warmed up to the idea of giving Kiffin another shot...do school officials feel the same?

Per 247Sports, Fulmer and the Vols reached out to Miles and Miles is interested in the Vols job. Of course, no coaching rumor is complete without some sort of contradiction, as CBS Sports reports the contact with Miles came before Fulmer took over as AD. Miles himself has said he has "no real news" about the Vols job. So it's not exactly clear where Tennessee and Miles sit, but he certainly appears to be a candidate. Miles appears interested in returning to the coaching world and his body of work at LSU is very impressive. While the Tigers struggled later in Miles' tenure, the Vols could do a lot worse given how bad the search has been thus far.

Mike Norvell has put Memphis football back on the map the past two seasons, going 8-5 last year and sitting pretty in 2017 with a 10-2 record after coming up short in the AAC title game. They currently have one of the best offenses in college football, which makes sense as the Arizona State teams he was the OC for dominated on the offensive side of the ball as well. Tennessee would be a nice upgrade for him and hey, Knoxville is only a 5-hour drive from Memphis. However, Arkansas will make a strong push for Norvell after the Razorbacks missed on Gus Malzahn.

Morris has reportedly already interviewed for the job, which is why he's so high on the list. The current head coach of SMU has seen the Mustangs' record steadily increase since he was hired back in 2015. Their record was 2-10 his first year, 5-7 last year, and went 7-5 in year 3. This record improvement has started to turn heads and has put Morris in the national spotlight for an upgraded head coaching job in the next couple of years.

With Phillip Fulmer now leading the coaching search, Tee Martin has a great chance to get the job. Martin was Tennessee's QB during their 1998 National Championship season. He is currently USC's offensive coordinator and has helped Sam Darnold become one of the top QB recruits to come out of college in years. He is also the quarterbacks coach for Nike's Elite 11 QB camps, which has given him up close and personal looks at many high profile QB recruits. He is in line for a head coaching job at some point, so coming home to Tennessee may be a perfect fit.