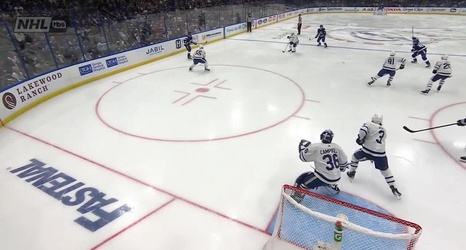 Faced with the possibility of heading to Toronto down 3-1 in their series, the Tampa Bay Lightning came out fast and strong on their way to a 7-3 victory over the Toronto Maple Leafs. Ross Colton scored twice while Steven Stamkos, Pierre-Edouard Bellemare, Corey Perry, Pat Maroon, and Ondrej Palat also found the back of the net. Andrei Vasilevskiy stopped 22 of 25 as he picked up yet another win following a loss in the postseason.

On the other side of the ice, William Nylander scored twice while Jake Muzzin added a late goal to account for the Leafs offense.