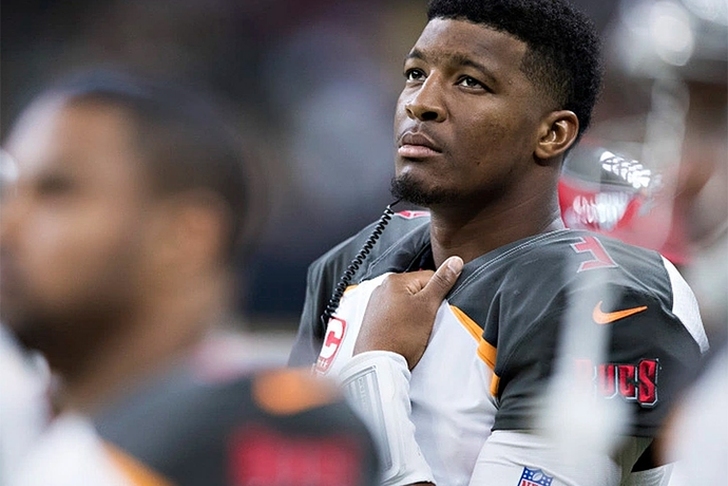 Tampa Bay Buccaneers quarterback Jameis Winston is being investigated by the NFL for allegedly groping an Uber driver in Scottsdale, AZ in March 2016, according to Buzzfeed's Talal Ansari.

A letter, viewed by BuzzFeed News, was sent from the NFL’s special counsel for investigations, Lisa Friel, to the Uber driver on Thursday. “The League has been informed that you may have been the victim of such a violation perpetrated by Tampa Bay Buccaneers player Jameis Winston. The league takes allegations of this nature very seriously and has opened an investigation into this matter,” the letter read. ...

Waiting in line at the drive-thru of Los Betos Mexican Food, “he reached over and he just grabbed my crotch,” Kate [the Uber driver] said, alleging that Winston held his hand there for three to five seconds and removed it only after she looked up in shock and said, “What’s up with that?”

“I wasn't just creeped out,” said Kate, who had been driving with Uber for more than two years at that point. (She no longer drives for the service.) “I was frozen.” She described Winston as “very physically imposing.”

"We categorically deny this allegation. It is our understanding the uber driver was unable to identify the specific individual who allegedly touched this driver inappropriately. The only reason his name is being dragged in to this is that his uber account was used to call the ride."

Winston was previously accused of raping a female student, Erica Kinsman, while both were at Florida State in 2012, and while criminal charges were never brought against him (the state attorney’s office said there wasn't enough evidence against Winston, pointing to gaps in Kinsman's story), they settled a civil lawsuit in Dec. 2016.

On the field, Winston has struggled for the 3-6 Bucs this year, passing for 1,920 yards with 10 touchdowns, six interceptions, and five fumbles. He is currently out with a shoulder injury.

Follow our Tampa Bay Buccaneers team page for all the latest Bucs news!