BREAKING: Jameis Winston To Miss "A Couple Of Weeks" With Injured Shoulder 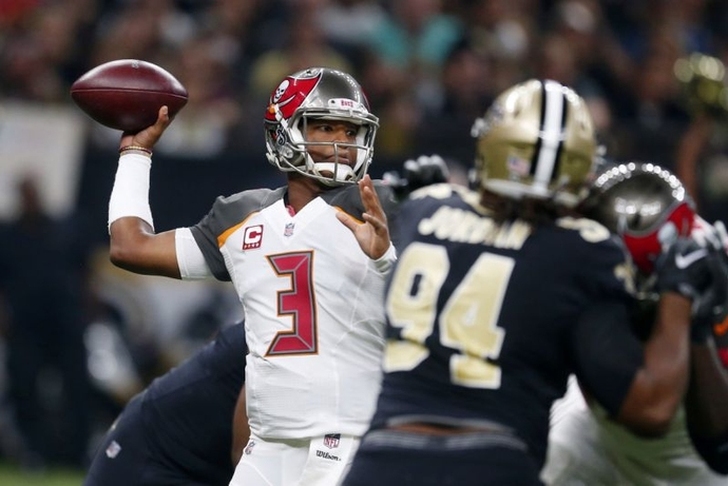 The Tampa Bay Buccaneers are considering shutting down quarterback Jameis Winston for a couple of weeks in order to allow him to fully heal from the shoulder injury he's dealing with, according to Rick Stroud of the Tampa Bay Times.

#Bucs are discussing shutting QB Jameis Winston down a couple weeks to let his shoulder heal. Dirk Koetter may address QB situation at 2:30

Dirk Koetter says as the result of the MRI today, Jameis Winston will be "off for a couple weeks."

Winston has been dealing with an AC joint sprain and a rear deltoid issue and missed the second half of their loss to the Saints on Sunday after re-aggravating the injury. He originally suffered the injury in a Week 6 loss to the Cardinals.

Tampa is expected to activate Ryan Griffin from injured reserve this week and would carry three quarterbacks on the roster. Ryan Fitzpatrick would be the team's starter without Winston, and Griffin would backup Fitzpatrick.

Winston has struggled for the 2-6 Bucs this year, passing for 1,920 yards with 10 touchdowns, six interceptions, and five fumbles.

Follow our Tampa Bay Buccaneers team page for all the latest Bucs rumors!