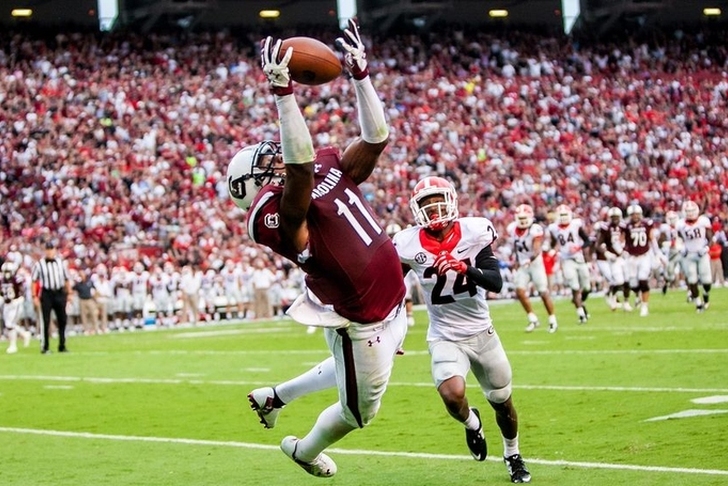 South Carolina is looking for a measure of redemption and an even record in the SEC after losing by four at home to Kentucky last week. A win here could easily vault them into the AP Top 25. For UGA, this is a chance for the Bulldogs to pad their resume amongst the other beasts of the SEC West.

Georgia QB Greyson Lambert went just 11 of 21 for 116 yards in UGA's 31-14 win over Vanderbilt last week. The Bulldogs' running game can't carry them the whole season. If Lambert is to prove himself as a legit SEC starting quarterback and a signal caller capable of leading Georgia to a College Football Playoff berth, here's a good place to start -- a revenge game at home with South Carolina likely to stack seven or eight in the box against the run.

What They're Saying About The South Carolina Gamecocks:

What They're Saying About The Georgia Bulldogs:

History of the Georgia/South Carolina series

UGA's running game is going to gut the South Carolina front seven all day long en route to a win going away, but we still don't trust Lambert to air it out against any SEC team right now. The Gamecocks will barely beat the spread, mostly due to Georgia's one-dimensional attack. It still won't be close, exactly.