A Rising Tide Sinks One Boat 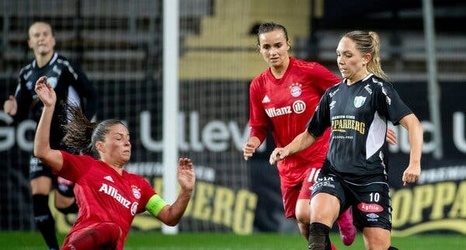 As far as Elin Rubensson knew, the call was about plans for the coming year, nothing more. Between Christmas and New Year’s Day, she and her colleagues at Kopparbergs/Gothenburg F.C. were summoned for a remote team meeting. They dialed in expecting to hear details of the club’s ambitions for the new season.

Things, after all, were looking good. A month earlier, Kopparbergs had been crowned Sweden’s women’s soccer champion for the first time; it had been only a couple of weeks since the team had played Manchester City, the English powerhouse, in the knockout rounds of the Women’s Champions League.