The Rise of CFB's Next Great QB 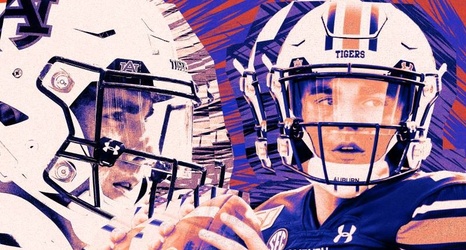 The young quarterback walked out of Ben Hill Griffin Stadium in Gainesville, Florida, on Oct. 5, and into the warm autumn day, his head down, his mind racing. Over and over, on the grainy film of memory, he replayed the day's missed throws, missed reads and missed opportunities. He couldn't let go.

Outfitted in a blue blazer and an orange tie, he continued to stroll through the growing late-afternoon shadows outside the stadium. Bo Nix was only a month removed from becoming the first true freshman to start the season at quarterback for Auburn since Travis Tidwell in 1946, and he had already achieved folk-hero status at Auburn after throwing a 26-yard touchdown pass to Seth Williams with nine seconds left to lead the Tigers to a 27-21 season-opening win over No.