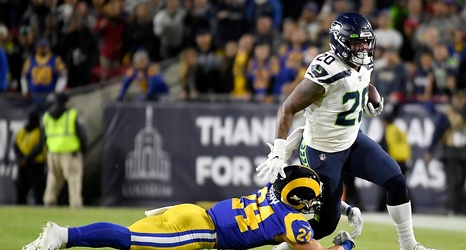 Seahawks post-draft depth chart: QB is set, defensive end is loaded, but other position battles await – The Athletic
A look at the Seahawks starters, backups and fringe players now that the draft is over, plus the early word on incoming UDFAs.

Seahawks smart not to exercise fifth year option of Rashaad Penny
The Seahawks have opted not to pick up Rashaad Penny's 5th-year option, which means he'll be a free agent in 2022. What does this mean for the future?