Should the Sharks re-sign Joe Thornton? 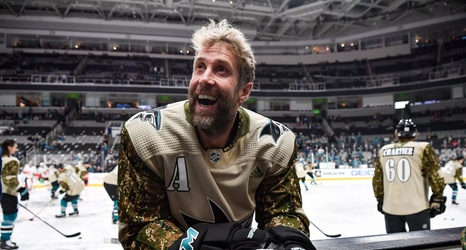 For just the 14th time in 16 seasons, the San Jose Sharks aren’t participating in the NHL playoffs. One of the players who played a big part in the Sharks’ extended run as a contender is center Joe Thornton.

Jumbo Joe has recorded 1,055 points in 1,104 games over 15 seasons with San Jose. He is a fan-favorite who led the Sharks to three Western Conference Finals, and a Stanley Cup Final appearance since being traded to San Jose from the Boston Bruins.

The 41-year-old can still produce.