Sharks at the quarter pole: glass half-empty or half-full? 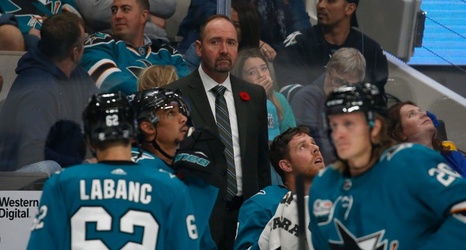 SAN JOSE — The first 20 games of the Sharks season could be used as an ink-blot test to determine whether someone is a glass half-empty or half-full person?

On one hand, the Sharks (10-7-3, 23 points) are holding down first place in the Pacific Division by a point despite the natural adjustment period of adding Erik Karlsson into the mix, Joe Thornton’s reintegration into the lineup after two major knee surgeries and the team’s league-worst 88.97 percent save percentage in even strength play.

The optimist looks at the above and sees a Stanley Cup favorite: the Sharks will be a force when things finally click.