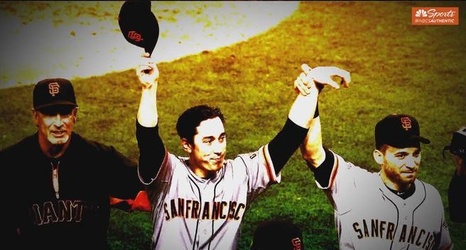 It seems like just about every no-hitter includes that moment that turns a teammate into the game's second star. Gregor Blanco will forever be a big part of Matt Cain's perfect game, and Hunter Pence's diving catch was a memorable moment during Tim Lincecum's first no-hitter.

But when Lincecum no-hit the Padres again a season later, there was very little drama. Nobody had to dive or leap over the top of the wall.