The 49ers are picking up Mike McGlinchey’s fifth-year option 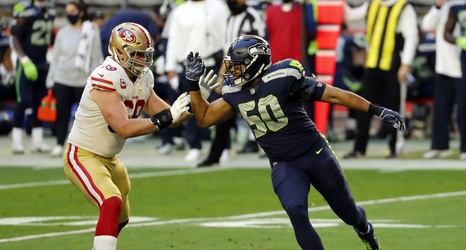 There was one question during John Lynch and Kyle Shanahan’s press conference this afternoon that wasn’t about quarterbacks. The 49ers’ duo were asked whether they’d be picking up right tackle Mike McGlinchey’s fifth-year option.

Without hesitation, Lynch said that the team would do so. That shouldn’t come as a surprise. Every time the 49ers speak about McGlinchey, they speak highly of him. They’ve acknowledged that he has to get better, but, in their mind, they believe it’d hard to upgrade from the first-rounder.

Before the trade up to No. 3, a part of me felt like the Niners should toy with the idea of moving McGlinchey and using that pick on an offensive lineman in the draft.