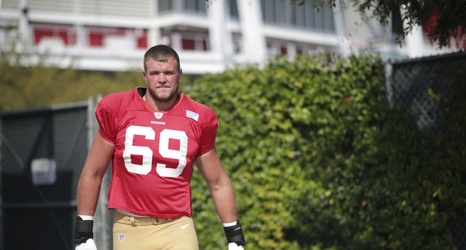 The 49ers confirmed they’re picking up the fifth-year option for their 2018 first-round NFL Draft pick, Mike McGlinchey, yet there are question marks.

No player along the San Francisco 49ers offensive line drew more criticism last year than right tackle Mike McGlinchey, who while notably exceptional in run support was a major liability in pass protection.

Nevertheless, Niners general manager John Lynch told reporters on Monday the team is planning on picking up McGlinchey’s fully guaranteed fifth-year option between now and the deadline to do so on May 3.