49ers roster: Mike McGlinchey is under the microscope entering 2021 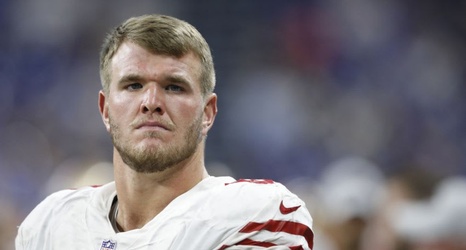 The 49ers need to get better play out of right tackle Mike McGlinchey in 2021, or picking up his fifth-year option won’t look so smart of a move.

Perhaps the San Francisco 49ers are feeling a lot better about right tackle Mike McGlinchey‘s immediate and long-term future than most fans out there.

Bluntly stated, 2020 wasn’t McGlinchey’s best as a pro. And while there can be an argument about just how bad it was — some saying and pointing out his run-blocking efforts were elite, while his pass protection was so-so — it is a fairly easy conclusion to make that McGlinchey is far from established as the Niners’ long-term answer at right tackle.