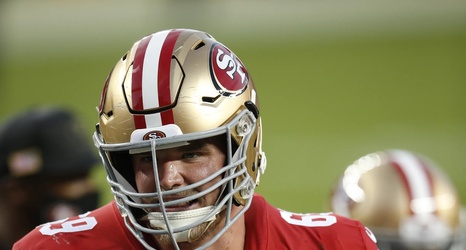 San Francisco 49ers' right tackle Mike McGlinchey was often the butt of the joke during the 2020 season as McGlinchey seemingly allowed a sack at the worst possible time.

McGlinchey's eight sacks allowed were the most during his three-year career, though he did allow more per dropback in 2019. McGlinchey also had his highest blown-block percentage in 2020, which was 1.4% higher than when the 49ers made their Super Bowl run.

Acting as if sacks allowed or blown blocks are the only way to gauge how an offensive lineman performs isn’t fair to them.