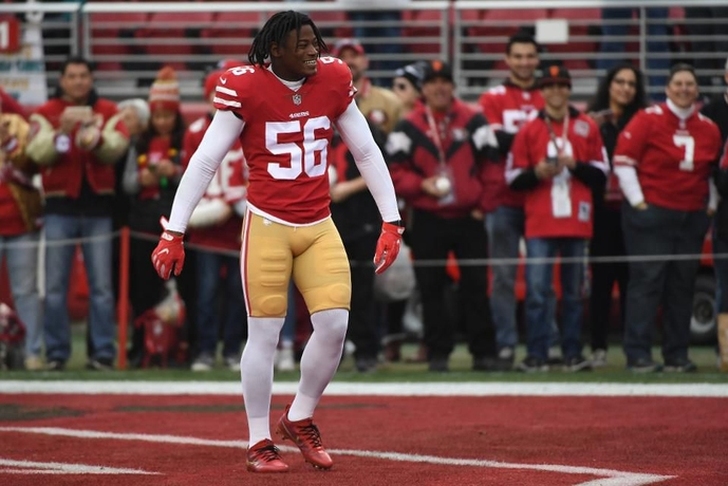 Foster was arrested for the incident in February and is accused of physically attacking his 28-year-old live-in girlfriend. According to prosecutors, Foster “dragged her by her hair, physically threw her out of the house, and punched her in the head 8 to 10 times.”

He was also arrested on suspicion of possessing an assault rifle and has been out on $75K bail.

That was Foster's second run-in with police this offseason, as he was previously arrested for marijuana possession in Alabama on January 12th.

San Francisco took Foster with the No. 31 overall pick in the 2017 NFL Draft, but there were plenty of red flags surrounding him. He failed a drug test at the NFL Combine following a diluted sample and was kicked out of the combine following an altercation with a hospital employee.

“We’d love Reuben to be on this team, and we’d love him to participate for us,” 49ers CEO Jed York told NBC Sports Bay Area last month. “But if he’s not doing things off the field that allow us to be able to rely on him – or he’s doing something that we’re not comfortable with off the field and it’s proven that’s what’s going on — I think the guys have said then you’re just going to have to move on.”

As a rookie last season, Foster racked up 72 tackles in just 11 games, ranking second on the team in tackles.