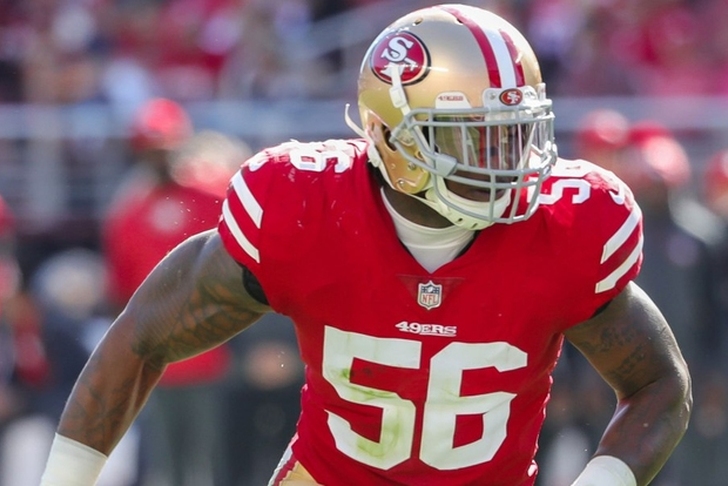 San Francisco 49ers LB Reuben Foster is in trouble with the law again. After being arrested earlier this offseason, Foster is in jail again. This time, the San Francisco Chronicle reports that Foster has been arrested for charges relating to domestic violence.

Foster was booked into jail and the Chronicle reports has not yet been released. His bail is set at $75K. Further details on what prompted the arrest are not yet known. Foster was also arrested for suspicion of possessing an assault rifle.

This is Foster's second arrest in less than a month. He was previously arrested for marijuana possession in Alabama on January 12th.

Foster has issues leading up to the NFL Draft. He failed a drug test at the NFL combine following a diluted sample. He was also kicked out of the NFL combine after an altercation with a hospital employee. The off-the-field issues helped lead to Foster, one of the best prospects in the draft falling to the late first round.

Foster had 72 tackles this year, second on the team. Foster also missed five games with injuries.