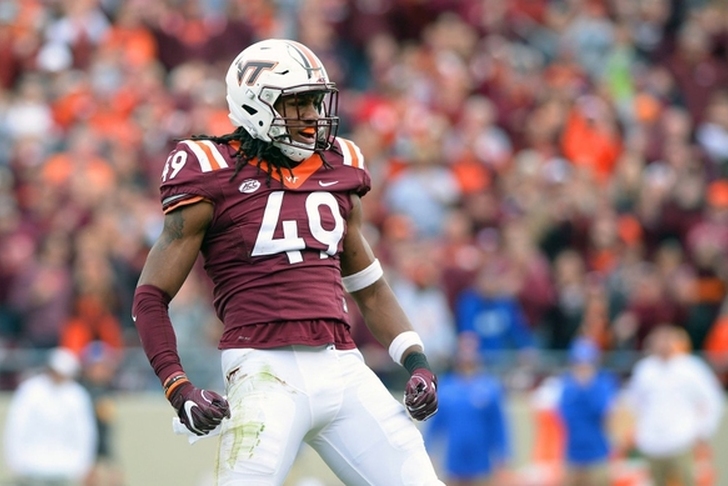 The San Francisco 49ers have a variety of different directions they could go with the No. 9 overall pick in the draft and are targeting a number of players with the selection.

However, it appears that the 49ers have Virginia Tech linebacker Tremaine Edmunds at the top of their draft board, according to Tony Pauline of Draftanalyst.com.

In that recent mock, I have the San Francisco 49ers trading down with the Buffalo Bills and selecting Leighton Vander Esch. This won’t be the case if Tremaine Edmunds is available when the Niners are called to the clock, as he is the player the team covets.

There's a chance that Edmunds won't be on the board. The Chicago Bears are also interested in a linebacker and Chat Sports' latest mock draft as Edmunds going to them at No. 8 overall.

If he's off the board, San Francisco has expressed interest in trading down - but they are also interested in Georgia linebacker Roquan Smith.