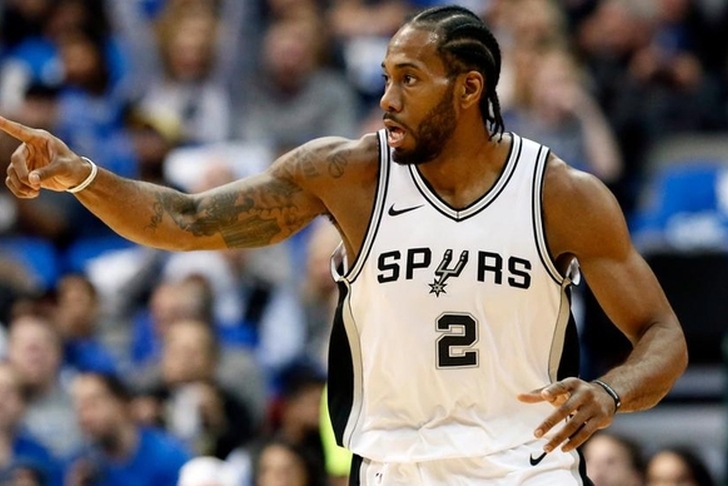 San Antonio Spurs All-Star forward Kawhi Leonard has only appeared in nine games this season due to a quadriceps injury, and disagreements about his rehab has created a growing rift between Leonard and the team, according to ESPN's Adrian Wojnarowski and Michael C. Wright.

Months of discord centering on elements of treatment, rehabilitation and timetables for return from a right quadriceps injury have had a chilling impact on San Antonio Spurs star Kawhi Leonard's relationship with the franchise and coaching staff, league sources told ESPN.

Under president and coach Gregg Popovich and general manager RC Buford, the Spurs have a two decades-long history of strong relationships with star players, but multiple sources describe Leonard and his camp as "distant" and "disconnected" from the organization.

The Spurs were originally hopeful that Leonard would be ready for the start of the season, but the injury has continued to linger. However, team owner R.C. Buford said what everyone is experiencing is simple frustration.

"We sought outside expertise with the best tendon experts in the world. It worked beautifully for Tony [Parker] but it hasn't worked the same for Kawhi."

San Antonio has been fine in Leonard's absence, posting a 30-18 record - good for third in the Western Conference - with LaMarcus Aldridge (22.3 ppg, 8.7 rpg) serving as the team's focal point.

Leonard is averaging 16.2 points and 4.7 rebounds in 23.3 minutes in his nine appearances this year after putting up career numbers (25.5 ppg) last season.