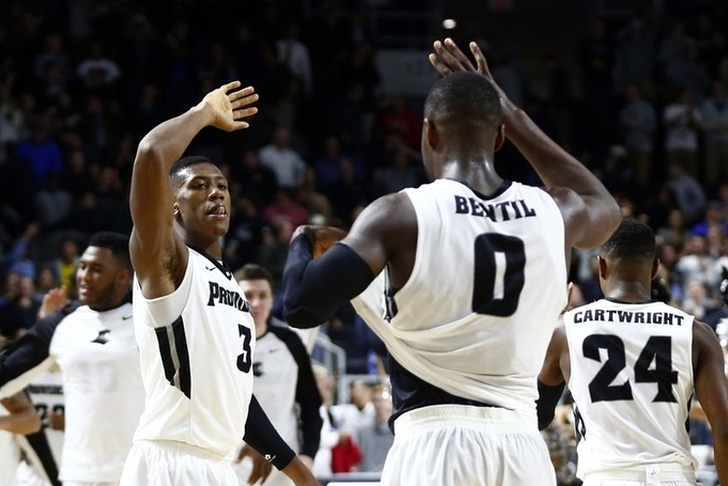 The Providence Friars are in the NCAA Tournament for the third consecutive year, but they're still looking for their first tourney win since 1997. Here's everything you need to know about the Friars:

If his stat line didn’t tell you enough, Dunn can simply do it all. He is a fantastic slasher with excellent finishing ability around the basket, but is even better and more creative when setting up his teammates to score. Dunn also uses his 6’4”, 220-pound frame to be one of the best defenders in the country. His shooting does need to improve, but he’s the best point guard in the country.

Dunn is joined by big man Ben Bentil, forming arguably the best duo in the country. While Dunn is the projected top-10 pick, Bentil is the Big East’s leading scorer and has 10 games with at least 25 points. You need go-to guys to be successful in the tournament, and Providence has two they can rely on.

For as good as Dunn and Bentil are, the rest of the team is equally as bad. Bullock is the only other player in the rotation that shoots over 40 percent from the field, and none of them shoot over 37 percent from three. Because of the lack of talent (and confidence) elsewhere, they can often get caught standing and ball-watching Dunn and Bentil, counting on them to do everything offensively.

Outlook:
Providence seems like a broken team, but Dunn and Bentil are talented enough to carry the Friars to one victory (maybe two?) in the tournament. An off game from one of them will send Providence home early.