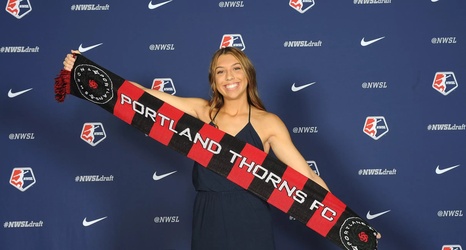 Morgan Weaver was ranked 12th in Top Drawer Soccer’s NWSL 2020 Draft projection so it came as a surprise to everyone that she was drafted as the second overall pick by the Portland Thorns. But Thorns coach Mark Parsons saw it as a huge addition.

“I’m still managing to get my head around the fact that we got Morgan Weaver,” said Parsons. He was excited to get her with the second overall pick and believes she will prove to be an important edition for Portland.

The Thorns used their top two picks to bolster their attacking arsenal.