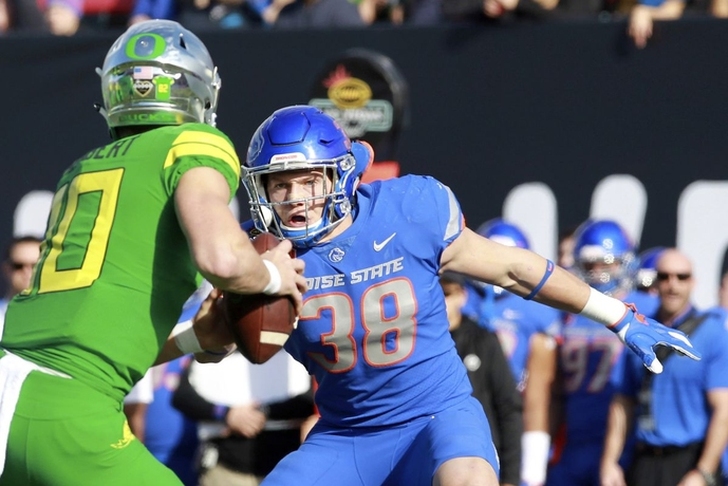 The Pittsburgh Steelers don't have many needs they're looking to address in the 2018 NFL Draft, but their linebacking depth has become a concern following Ryan Shazier's injury. However, with a roster that's expected to win a Super Bowl, Pittsburgh needs their draft picks to be contributors sooner rather than later. Here are all the latest Steelers draft rumors you need to know:

Steelers to take a linebacker with first or second pick
Pittsburgh understands the need for immediate help at linebacker, which they why they signed Jon Bostic, but they're still expected to take one with either their first- or second-round pick, according to Gerry Dulac of the Pittsburgh Post-Gazette.

Jon Bostic isn't being brought in by the Steelers to be Ryan Shazier's replacement. He will merely keep the seat warm until their No. 1 or No. 2 draft pick is ready to play. And, in case you haven't noticed, the Steelers have no reluctance playing their top picks quickly.

Though Shazier is hoping to make a return to the football field, the Steelers have already announced he will not play in 2018.

This isn't to say that Vander Esch can just take over for Shazier, who is arguably the fastest sideline-to-sideline linebacker in the NFL when healthy. But Vander Esch has the potential to a much more effective coverage linebacker than Vince Williams, who is more of an old-school, throwback "thumper" type.

There are a couple of targets in the secondary that could tempt Steelers general manager Kevin Colbert, but Vander Esch offers the best of both worlds—the ability to address one of the team's biggest deficiencies without reaching.

Steelers targeting UNC offensive lineman?
Pittsburgh is also hoping to upgrade their offensive line depth in the draft and have a meeting scheduled with North Carolina guard R.J. Prince following his Pro Day workout on April 3, according to Aaron Wilson of the Houston Chronicle.

North Carolina guard R.J. Prince has a meeting with the Pittsburgh Steelers following his Pro Day workout on April 3, according to a source