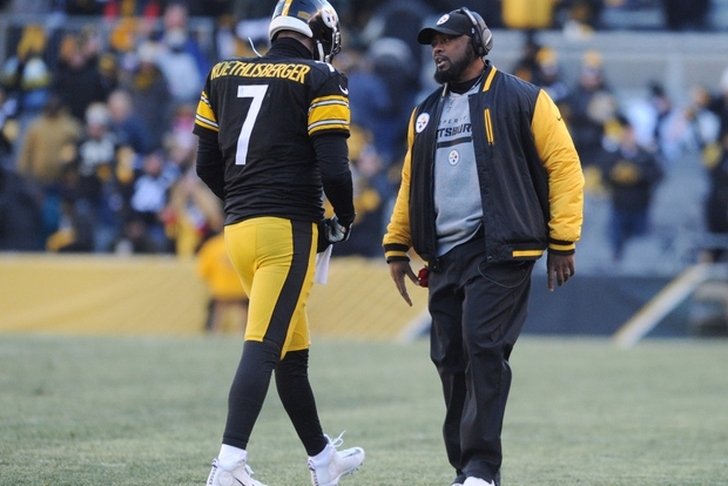 Pittsburgh Steelers head coach Mike Tomlin is 116-60 since taking over the Steelers job in 2007 and has led the franchise to two Super Bowls, winning one, and has never had a losing season.

However, that doesn't appear to be good enough for some Steelers owners. According to Pro Football Talk's Mike Florio, some minority owners want to make a coaching change due to Tomlin's inability to get past the Patriots.

A small group of Steelers fans who own pieces of the franchise’s equity are particularly miffed with Tomlin — sufficiently miffed that they want to see a change get made.

Per a source with knowledge of the situation, some of the team’s limited partners intend to lobby owner Art Rooney to fire of Tomlin and to hire a new coach.

The limited partners, who became involved nearly a decade ago as members of the Rooney family sold their interest in the team after acquiring gaming interests that violate league policy, have no authority over the management of the team, but they have a pipeline to owner Art Rooney. Per the source, they plan to utilize it.

Along with a lack of recent success - Pittsburgh has only been to the AFC Championship Game once since 2010 - those minority owners are reportedly miffed at a perceived lack of discipline by the team.

Many fans and people around the league feel that the Steelers have largely underachieved during the last seven seasons without a Super Bowl appearance given the talent on the roster. Despite having the league's best running back (Le'Veon Bell), the most productive receiver (Antonio Brown), and one of the best quarterbacks (Ben Roethlisberger), they have yet to advance to The Big Game.

It should be noted that the Steelers don't make coaching changes very often. Tomlin is just the team's third head coach since 1969, coming in after Chuck Noll and Bill Cowher.

Want to watch the #1 NFL show on Facebook Live to see our analysts break down these coaching rumors?  LIKE NFL by Chat Sports on Facebook to be notified when the NFL Daily goes live at 6 p.m. ET today!