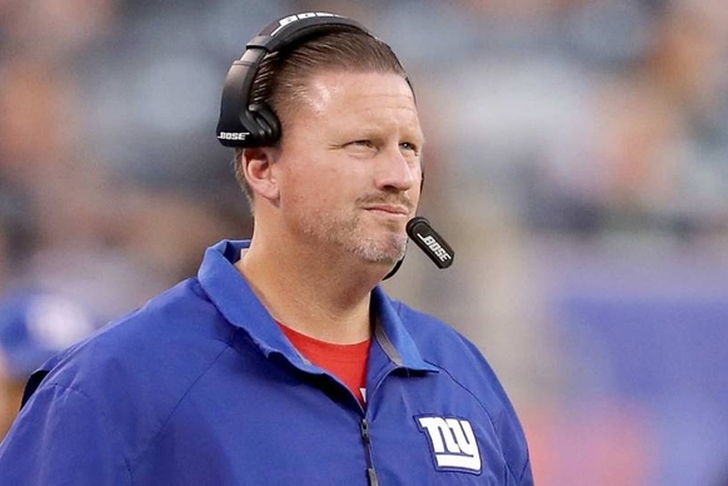 The NFL coaching rumors have been swirling the past few days with interviews and teams likely hiring coaches still in the playoffs. The Cleveland Browns are going to keep head coach Hue Jackson, but are looking for an offensive coordinator. The guy the Browns are interviewing, however, isn't a popular one around the league. Here are the latest NFL coaching news and rumors you need to know.

Want to watch the #1 NFL show on Facebook Live to see our analysts break down these coaching rumors?  LIKE NFL by Chat Sports on Facebook to be notified when the NFL Daily goes live at 6 p.m. ET today!

McAdoo was fired in early December after a disappointing season with the Giants. In his time as head coach with the Giants, he went 13-16 and proved to be a horrible fit both in the locker room and on the sidelines.

This isn't the news the Browns fans want to hear after a 0-16 season and if things couldn't get any worse for them, the Browns once again say hold my beer and watch.

Mike Munchak To Get Second Interview With Arizona
According to NFL Network's Ian Rapoport, Pittsburgh Steelers offensive line coach Mike Munchak will have a second interview for the Arizona Cardinals' head coaching vacancy.

The Cardinals will interview others for the second time, but anytime a team decides to bring a coach back for another interview, it means they are a serious candidate. Munchak spent 17 years with the Tennessee Titans before being promoted to head coach in 2011. He went 22-26 in three seasons with Tennessee before heading to the Steelers.

Wilks is 48 years old and in his first year as a defensive coordinator. The Panthers defense didn't miss a beat with Sean McDermott in Buffalo this year, a credit to Wilks. He's well-regarded in the coaching world, with a background in the secondary. Wilks' interview also fulfills the Rooney Rule.