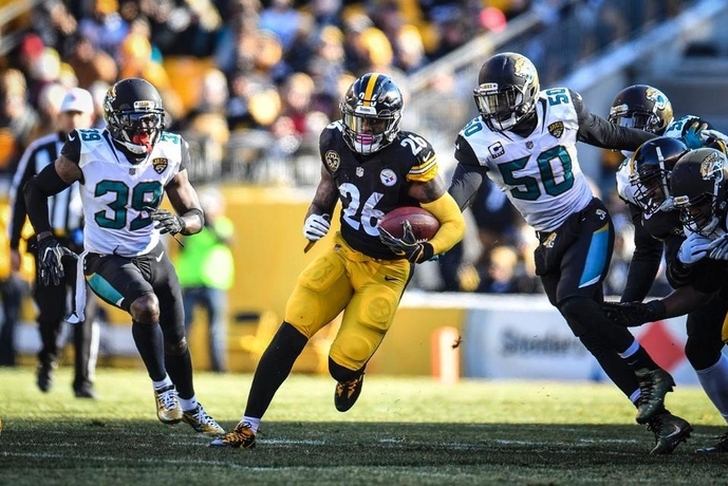 Pittsburgh Steelers running back Le'Veon Bell didn't show up to the team's walk-through practice on Saturday before their AFC Divisional Round game against the Jacksonville Jaguars until five minutes before the practice ended, according to Ed Bouchette of the Pittsburgh Post-Gazette.

Not only did Bell arrive much later than that for the playoff game against Jacksonville (as well as one coach), he missed practically the entire Saturday walk-through the day before, showing up about five minutes before practice ended.

Bell has been seeking a new contract from the Steelers after receiving the franchise tag last offseason and has threatened to sit out next season - or even retire - if Pittsburgh tags him again. If he is tagged again, he will make $14.57 million in 2018.

Last year, the Steelers offered Bell a deal that "would have paid him more than $12 million on average per year and more than $30 million in the first two," according to Bouchette, but Bell turned down that deal despite the advice of his agent.

The Atlanta Falcons made Devonta Freeman the highest-paid running back in the NFL before the start of the season, signing him to a five-year, $41.25 million extension that included $22 million in guaranteed money - including a $15 million signing bonus. That surpassed the five-year, $40 million deal LeSean McCoy signed with the Buffalo Bills in 2015.

Pittsburgh's previous offer to Bell was more than both of those deals, and given his reluctance to accept it, the Steelers are now wondering if they want to even re-sign him.

Bell finished third in the league in rushing in 2017 with 1,291 yards and nine touchdowns, but the 25-year-old also caught 85 passes for 655 yards and two more touchdowns.