The 5 Toughest Games On The Pittsburgh Steelers' 2015 Schedule 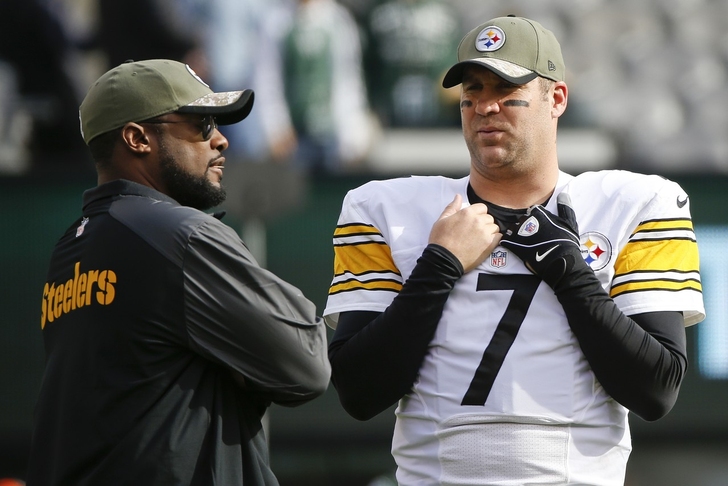 The Pittsburgh Steelers have a tough road ahead of them in their quest to make it back to the NFL Playoffs next season. These are the 5 toughest games standing between the 2015 Steelers and a postseason berth.

Unless it gets flexed out by NBC, this Sunday Night Football matchup could be a high-octane playoff preview of epic proportions. Ben Roethlisberger and Andrew Luck slinging darts in prime time? It's be tough but it'll be fun.

Arrowhead remains one of the most intimidating venues in all of the NFL thanks to a crowd whose lungs and feet can approximate a jet hanger near takeoff. This Chiefs team has a lot to prove in 2015, and the team's revamped wide receiving corps makes them a very tricky road challenge.

You can substitute this game for the team's road contest against 2014's third AFC North playoff entrant, the Cincinnati Bengals. However, this late-season road clash in hostile territory seems destined to have major division championship implications written all over it.

Going up against a determined Peyton Manning at any time during his likely NFL swansong is a recipe for an offensive fireworks display. Some critics have been quick to write off the Broncos after a coaching change and relatively tumultuous offseason. Some critics are off the mark.

The defending NFC champions have lost just two games in front of the 12th Man over the last two years. Two! If the aforementioned Arrowhead replicates a jet hanger, CenturyLink is like a 67,000-person drumline in the middle of an earthquake. Not to mention, the team's loaded with top-level talent seemingly everywhere on the roster...so there's that.