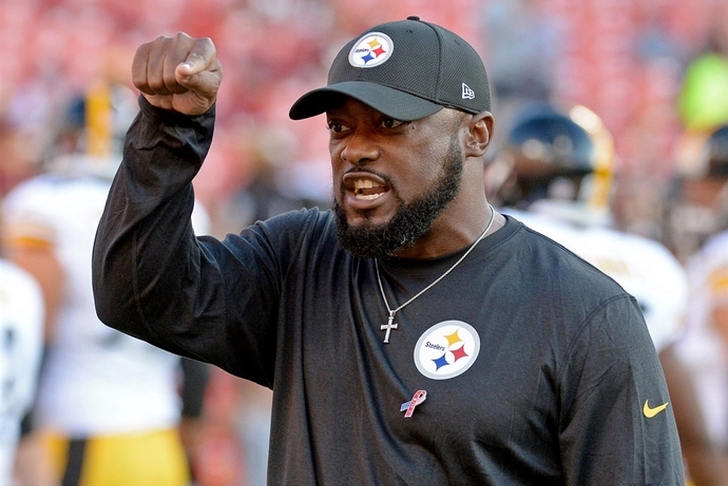 The Pittsburgh Steelers finished the regular season as the number two seed in the AFC with a 13-3 record. Despite finishing with one of the best records in the NFL, Pittsburgh still has a few weaknesses going forward they need to sure up if they're going to continue to be Super Bowl contenders. If you don't know where the Steelers are drafting (because, unlike the Cleveland Browns, Pittsburgh doesn't pick first every season), then check out the current NFL Draft order as of today.

Here are three positions of need for the Steelers in the first round of the 2018 NFL Draft.

Do you consider yourself a Die Hard Steelers Fan? Do you think Jesse James "Caught It"? PROVE IT! -------> Like and Follow Pittsburgh Steelers by Chat Sports

2.) Linebacker
A big concern for the Steelers entering the season was their talent and depth at the inside linebacker position after Lawrence Timmons left in free agency last offseason, and that concern has only gotten worse after losing Ryan Shazier to a scary spinal injury sustained in early December against the Cinncinatti Bengals. With Shazier's career being uncertain, this leaves a serious void in the Steelers linebacking core.

3.) Safety
Mike Mitchell is aging and the Steelers will need to pair a safety to play along with Sean Davis. The Steelers linebackers have struggled this season with tackling which is a major reason why Pittsburgh is amongst the leaders in missed tackles. With the linebacker core being weak due to injuries, finding a safety who can also tackle will be important.